Belgrade is the capital and largest city of the Republic of Serbia. With population of 1.6 million inhabitants it is one of the largest cities in this part of Europe. Belgrade is known as city with ideal geographic position given its location on the banks of two large European rivers and at the crossroad of major European roads. Belgrade adorn numerous attractions such are monuments,  museums, churches, buildings, squares, parks and unavoidable Belgrade Fortress.

As the greatest oasis of peace in Belgrade stands Belgrade Fortress with Kalemegdan Park. The most significant landmark of the capital. It is located on a confluence of Sava and Danube wherefrom is the best view on entire city.

Some of the major attractions that are situated on fortress are the Victor monument, Roman Well, Nebojša Tower, Military museum, Gallery of the National History Museum, Art Pavilion “Cvijeta Zuzorić”, Church Ružica, Church of St. Petka and others. Within the park there is a Belgrade Zoo, which completes the entire environment.

Knez Mihailova street is the simplest path between city center and Kalemegdan. It is the most beautiful pedestrian and trade zone and it is also protected by law as one of the oldest and most valuable landmarks of the city. Nearby is the famous Republic Square with the monument of Prince Mihailo.

Republic Square is surrounded by National Theater, National Museum and Theater Boško Buha. Nearby is also Skadarlija, bohemian quart with many places called “kafana” where everybody can taste some of the best dishes in Belgrade and good nightlife is guaranteed.

Temple of St. Sava is the largest Orthodox church in Balkans and on of the largest in the world. The total height of the temple is 82 m, the surface of the ground floor is 3500 m2 and receive up to 10 000 faithful. Construction began in 1936 but repeatedly stopped and continued.  Although not yet fully completed it attracts tens of thousands of visitors annually.

The temple  is located on St. Sava’s plateau, surrounded by the National Library, Karadjordje’s park and monument, the church of St. Sava and the parish house. Not far away is situated Slavija Square, one of the busiest square in Belgrade.

Ada Ciganlija is a major sport and recreational center with many trails for walking, jogging, cycling and roller-skating, football, basketball, volleyball, handball, tennis, baseball, golf, rugby and hockey courts. Ada Ciganlija is on one side surrounded by a large lake and justifies the name “Belgrade Sea” considering that during summer month it often has more than 150 000 visitors daily.

Church of St. Anton Padovan is the largest Catholic church in Belgrade. It is the work of Slovenian architect Josip Plečnik. Best known is its 52 m high tower whose top is folded 45 cm in relation to the foundation and represents a unique attraction.

Belgrade is also known as the host of numerous conferences, sporting events at all levels, concerts, fairs, exhibitions, all thanks to areas such are multifunctional Belgrade arena, Sava Center, two sports stadiums and Belgrade Fair. 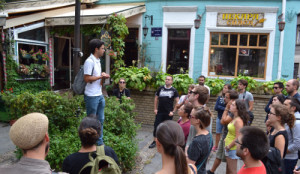 Unique and the best way to get to know Belgrade! You will hear all interesting facts about Belgrade of young and professional guides who will reveal all the secrets and little-known stories about our city. The tour includes a visit of some of the most important attractions such are The Republic Square, Bohemian Quarter (Skadarlija), the oldest part of Belgrade with Ottoman heritage, „Sillicon valley“, Zoo, Kalemegdan park, Belgrade fortress, The „Victor“ the most famous symbol of Belgrade, the confluence of the Sava and the Danube rivers. Saborna church, cafe „?“, Knez Mihailova street.

Every day at 11h and 16h
The tour starts from the Republic Square, behind the monument. Our guides will be wearing yellow IDs around their necks. 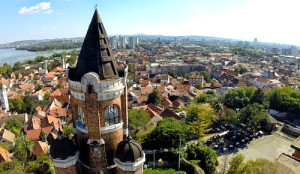 Walk through the old part of today’s Belgrade, but bear in mind that Zemun has completely different history. A walk through modern wide boulevards, old narrow streets, and enjoying the view from the Gardoš hill where Millennium tower is. Find out why the settlement was made here in Neolithic.

Every Saturday at 15h
The tour starts from the Republic Square, behind the monument. Our guides will be wearing yellow IDs around their necks. Bus ticket required. 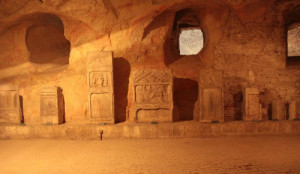 The hidden objects and cruel history. Visit to roman well, military bunkers from Tito’s period, Austrian gunpowder storehouse with Roman sarcophagi, sacrificial altars and tombstones. You will hear the stories about the oldest city center. You will see the most interesting graffiti of Savamala. Visit to caverns in which the food was stored and wine cellar from the 19th century with FREE WINE at the end.

Every Monday, Wednesday and Friday at 15h
The tour starts from the Republic Square, behind the monument. Our guides will be wearing yellow IDs around their necks. 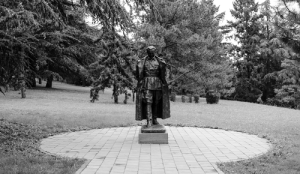 Find out the most interesting stories about former Yugoslavia, World War II, Tito’s life, „Youth relay baton“, nonaligned movement, conflicts of the nineties, NATO bombing of Serbia and Montenegro in 1999 and democratic changes at the beginning of the third millennium.

Every Tuesday, Thursday and Sunday at 15h
The tour starts from the Republic Square, behind the monument. Our guides will be wearing yellow IDs around their necks. 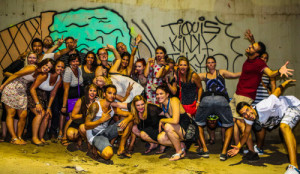 Meet Belgrade’s famous night life: kafanas, bars, river clubs and other cool places in our city. We are glad to take you to best bars and clubs of our city. Enjoy Belgrade night with other party guests of Belgrade – a city proclaimed as the best night life city by Lonely planet in 2011.

Every Wednesday, Thursday, Friday and Saturday at 21h.
The tour starts from the Republic Square, behind the monument. Our guides will be wearing yellow IDs around their necks. 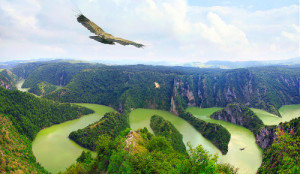 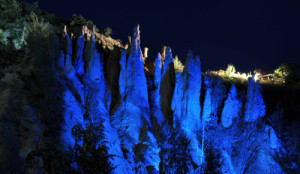 The city of Nis, Devil’s town and Medieval Monastery Manasija – 2 days
Enjoy beautiful nature along the most famous waterfall in Serbia, Feel peace and glory of Manasija monastery from the early 15th century, Visit the second largest city in Serbia and birth place of Roman emperor Konstantin the Great, Taste the best barbecue in Serbia, See tower made from humans’ skulls (The Skull Tower). FREE WELCOME DRINK 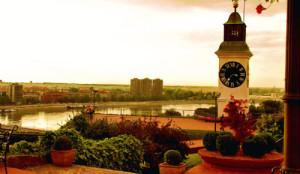 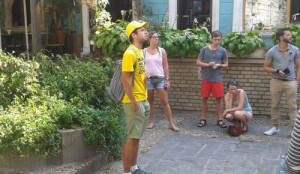 If you and your friends wish to visit and hear interested stories about places that you like, please contact us and we will do everything to make your time in Serbia unforgettable. We can organize different kind of tours by foot, boat or bus. Just send us the number of passengers and a list of places that you want to visit and we will send you the best deal as soon as possible.